What do you get when you combine premium technical features with a composite decking in a single snowshoe? We took the Tubbs Flex VRT out to the mountains to find out!

This is The Wise Adventurer’s field test and review of the Tubbs Flex VRT snowshoe.

Tubbs started making snowshoes back in 1906 in Norway, Maine, which means they’ve been in the business for longer than any of us have been alive. The Flex VRT is their latest and greatest all-terrain technical snowshoe, and is exactly what you’d expect from the culmination of 100+ years of experience, research, and development.

The Flex VRT is a bit of a singularity in that it’s both highly capable in steep and technical terrain, but also happens to sport a one-piece composite (that’s nylon composite, by the way, not to be confused with cheap plastic) decking system. We weren’t quite sure what to make of them at first, but after romping around in the Flex VRTs for the last month as part of our snowshoe field test, we came away thoroughly impressed.

What follows are our detailed field notes and impressions, taken by our crew of testers over several weeks of snowy hiking in everything from multiple feet of fresh powder to hard-packed and meticulously groomed hiking trails.

Here’s how Tubbs’ latest contender stacked up to the competition.

Check at REI
Check at Campsaver

In our field testing, we seek to evaluate each pair of snowshoes on every metric that makes any pair worth buying. This includes everything from nitty-gritty details on how they perform over specific types of terrain to big-picture items like their overall comfort and day-to-day walkability.

We aim to put each snowshoe through its paces in everything from steep and technical off-trail exploration to groomed-and-packed hiking trails to give you an accurate depiction of what to expect.  Here’s what we found with the Tubbs Flex VRT.

Flotation was a clear strong suit of the Tubbs Flex VRT, and these snowshoes received unanimously high marks from each of our testers. Ultimately they fell just short of larger models built specifically with flotation in mind, but outperformed most everything else we tried.

We find this particularly interesting because the Flex VRT is the only molded composite model in our testing to score so highly in this regard. We chalk this difference up to two particular factors.

First, the Flex VRT uses full-length steel traction rails that run from the front of the shoe back to the heel of the binding. Second, Tubbs’ proprietary nylon decking polymer, aka their “Torsion Deck” technology, feels much tougher than your typical plastic snowshoe. These two factors work together to minimize flexing in the main portion of the shoe, giving a much more stable and supportive feeling in deeper snow.

Traction is another area where the Tubbs Flex VRT absolutely excels, and one look at the bottom is all you need to understand why. The Flex’s full-length vertical steel traction rails are some of the deepest and most aggressive in our testing: These things have TEETH!

In addition to those rails, our testers also noted that the Flex VRT packs some of the most aggressive crampons we’ve ever seen in a snowshoe, and the combination of these two features gives the Tubbs a bite like no other on even the iciest terrain.

We’ll also note that when we first saw the six tiny studs on the heel of the Flex VRT, we were a bit skeptical. The concept makes sense, but at first glance these studded ridges looked too small to make a difference one way or another.

We’re happy to report that our concerns were unfounded: The Tubbs’ studs actually function like the heel brake of a hiking boot, digging into the terrain on steeper descents to boost traction and minimize slippage.

These shoes were among the best in our traction testing, but two main factors kept them from leading the pack outright: The first is that the super-aggressive shape of the Flex VRT’s crampons actually stick too well when hiking over ice, so although they’re plenty safe in this regard, models like the MSR Lighting Ascent achieve the same results with a much “softer” and smoother stride. The Tubbs also weren’t our favorite option for descending in deep snow, and although they felt unsafe or hazard-prone, they left a little to be desired.

Walkability was yet another highlight of the Tubbs Flex, and yet another metric where this shoe outperforms the overwhelming majority of models we’ve tested. Our testers reported these shoes felt very pleasant to walk in overall, and noted that their strides felt particularly natural over everything but icy terrain.

High marks were given to the Flex’s combination of a rigid deck and hinged binding, which did a great job of preserving stability without feeling too clunky. Obviously the Tubbs weren’t the only shoe in our field test that shared these two elements, but our testers felt the Flex’s composite deck gave the snowshoes a more natural stride on packed snow and groomed trails than your typical rigid frame model.

These shoes also did particularly well walking uphill, and the aggressive crampons combined with the flip-up heel lifters made for one of the most confidence-inspiring ascenders in our test. Truth be told, if these shoes had felt as natural in deep snow as they did over more compact terrain, they could have easily taken top honors in this metric.

There are two kinds of people in this world: Those who appreciate BOA systems, and those who are head-over-heels in love with them. Depending on where our testers fell on that spectrum, the Tubbs Flex VRT’s bindings were consistently rated as either tied for first or tied for second.

The system is about as quick and easy as they come: Set your desired heel position with the semi-flexible rubber strap, then click in your ideal fit with the BOA dial. These bindings stayed nice and snug through miles of various terrain, and our testers all agreed that the foam-backed plate was comfortable and not overly constrictive.

As noted above, the bindings on the Flex VRT also include a hinged attachment to the deck, which improves their overall walking comfort and also helps them shed snow when you’re walking through the deep stuff. As is typically the case on similar designs we’ve seen from other manufacturers, Tubbs also includes a rotation limiter on the hinge to prevent the shoes from over-rotating and striking you in the shin as you walk.

Snowshoes with composite decking typically raise some durability concerns for us, but the Tubbs Flex VRT is an exception to the rule if we’ve ever seen one. We have zero concerns about the longevity of Tubbs’ proprietary nylon decking, and the same goes for the beefy traction rails and aggressive crampons.

We’d rate the Tubbs right up there with the toughest in our testing including models like the much more expensive MSR Lightning Ascent. There’s just no doubt when you put these on that Tubbs built the Flex VRT around a composite deck for the performance benefits rather than cost savings.

Don’t get us wrong, it still looks like a plastic deck, and yes, it’s still noisy like a plastic deck, but make no mistake: This is 100% a high-performance, all-terrain option that’s built to last. In fact the only potential longevity concern we have with the Tubbs is the EVA foam used in the bindings, which, like any foam, will likely break down over time. Reckon we’ll get back to you on that in a decade or so…

After wearing the Tubbs Flex VRT back to back with similarly high-priced and high-performing models, we think it’s a solid value. This is a shoe that does pretty much everything well, does some things exceptionally well, and also happens to cost less money than anything else with a comparable degree of performance and features.

The Flex VRT’s are a prime candidate for steep and technical terrain, deliver some of the most impressive traction on the market, and also include a premium BOA binding system for the money. These snowshoes may be outshined by models like the MSR Lightning Ascent, but only marginally so, which makes them a handsome alternative for anyone scoffing at the MSR’s $350 price tag.

The Tubbs Flex VRT is a high-performance, all-terrain snowshoe that goes toe-to-toe with the best in the business. These shoes pack some of the most impressive traction money can buy, deliver a surprisingly natural walking experience, and cost less than anything else offering such a high level of performance.

Our testers were all particularly fond of the Flex VRT’s BOA binding as well, which struck an excellent combination of security and comfort. While most users will likely pair a technical snowshoe like this with a stiff mountaineering boot, we also appreciate that the bindings are versatile enough to work with most any hiking or backpacking boot as well.

We’ll also note that the Flex’s nylon composite decking was an unexpected highlight here, considering composite deck snowshoes typically fall within the budget-focused category. Our testers were particularly impressed by the Flex’s above-average rigidity, which helped improve flotation in softer snow while still maintaining a degree of flex at the heel for improved walkability.

As is often the case with a technical all-terrain snowshoe, we found the floatation of the Tubbs Flex VRT to be adequate, but not excellent. Shoes with longer and/or wider decking will always fare better in this metric, but they’ll also sacrifice walking comfort, so this will be a welcome tradeoff for most.

Two other areas where we felt the Tubbs Flex VRT was slightly outclassed were descending in deeper snow and walking over ice. Again, these snowshoes will absolutely get the job done in either regard, but we felt there were other similarly equipped options out there (such as the MSR Lightning Ascent, Atlas Range-MTN) that performed a bit better in both metrics.

Lastly, while the Tubbs are undeniably impressive performers, they still sound like budget-focused snowshoes when walking across packed snow or icy terrain. Some folks don’t mind the plastic decking soundtrack, while others can’t stand it. We don’t particularly care one way or the other, but consider yourself warned.

The Tubbs Flex VRT definitely deserves a place amongst the best snowshoes we’ve ever tested. There are more expensive shoes out there that outperform these, but deciding whether that slight boost in performance is worth the boost in price will be up to the end user. Personally we feel there’s a strong argument for these snowshoes as the value-added all-terrain option.

The ease-of-use and comfort of the Tubbs’ BOA bindings will be another selling point for many, especially those shopping for more technical snowshoes. Unlike some mountaineering-focused options out there, these bindings work great with a wide variety of winter footwear, which adds uncommon versatility to a shoe with this much traction. 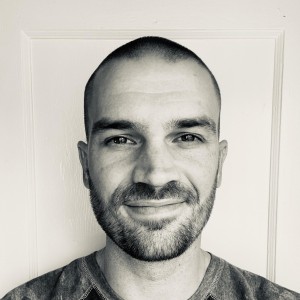 I’m all about getting people out their front door to explore all the pristine wild places this world has to offer. When I’m not writing about exploring the great outdoors, you can find me out getting lost in it, either by van, motorcycle, or on foot. 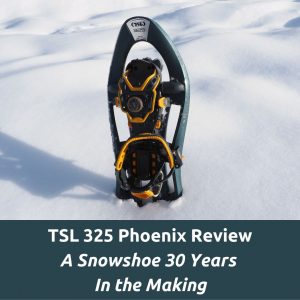 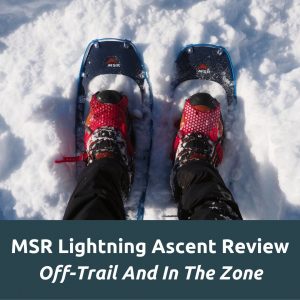 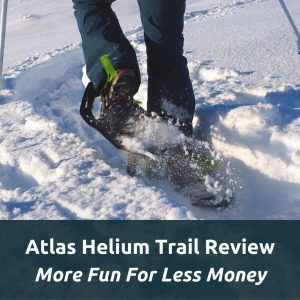 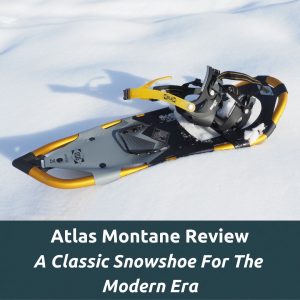 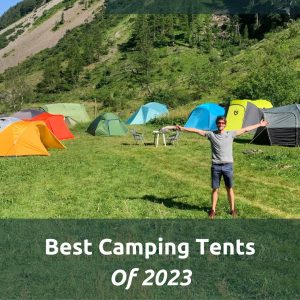